At art universities there are deeply rooted structures of discrimination and favouritism. Dealing with them is an important step towards creating more equality and justice.
The Critical Diversity Blog brings together contributions on diversity and anti-discrimination at the Berlin University of the Arts and beyond. It also offers the possibility for you to share experiences of exclusion or discrimination, so that they can be taken into account in a future diversity strategy. The more contributions and experience reports from members and guests of this university come together, the better.
Suggestions for texts, artistic contributions and discussions are always welcome. Let us set out on the path to an art university that is sensitive to diversity and critical of discrimination. 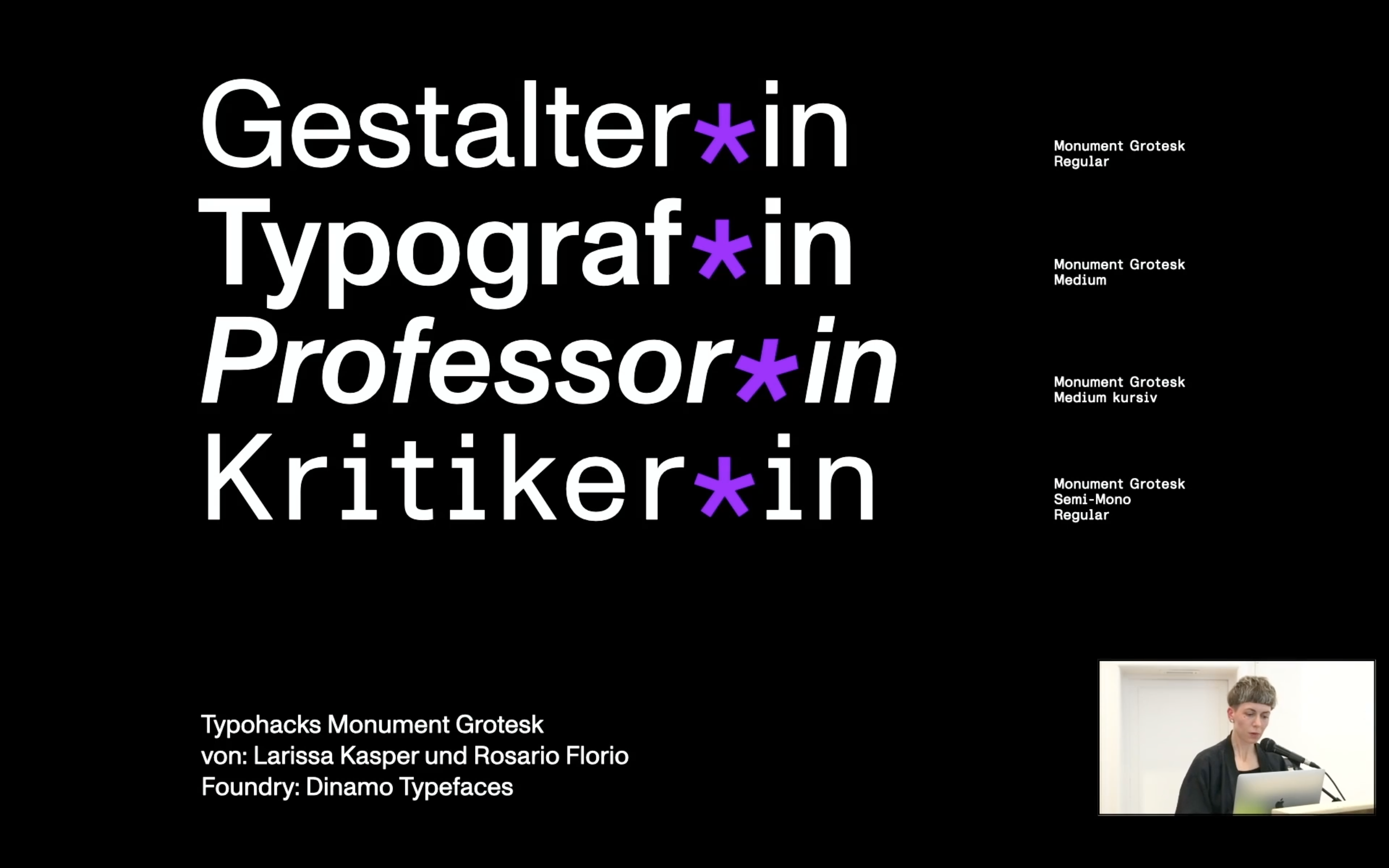 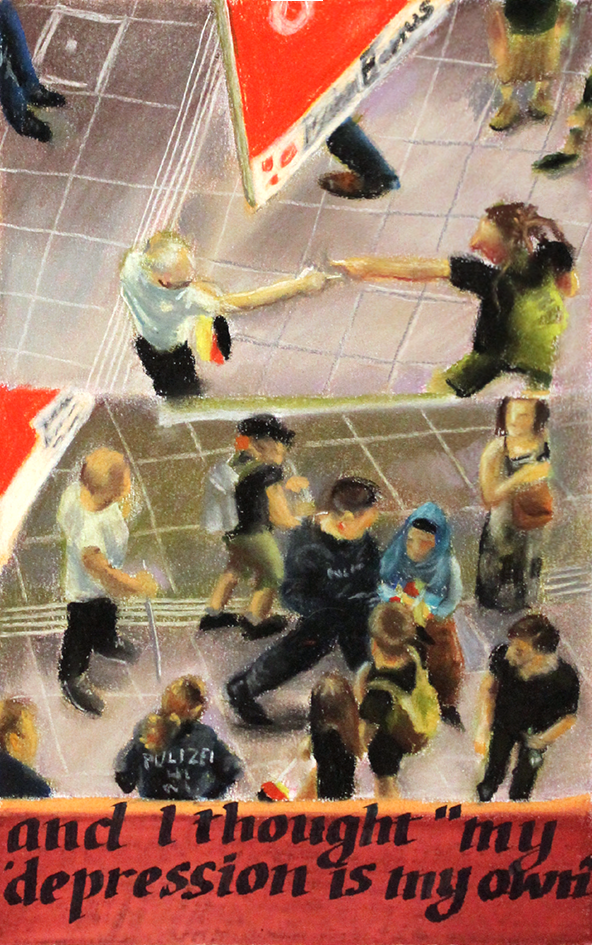 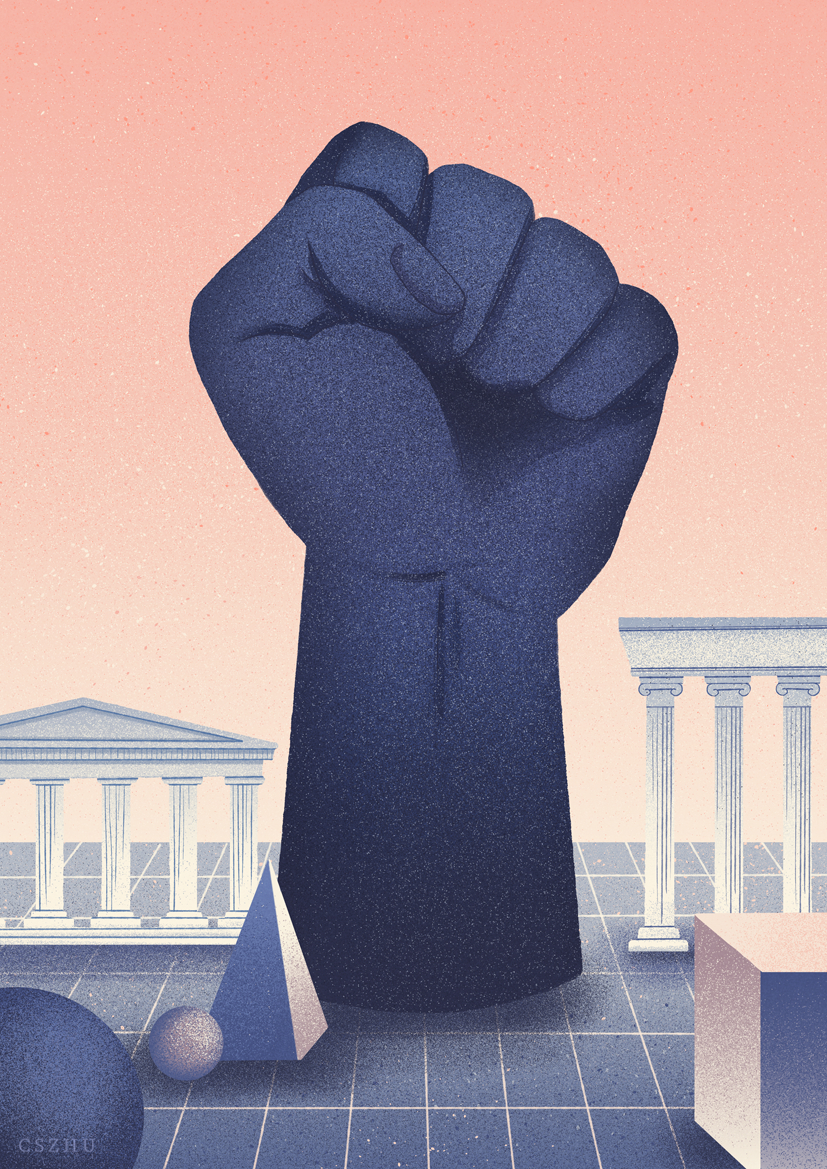 The Critical Diversity Blog has new posters and stickers!

Open Letters for the Equal Treatment of BIPoC Refugee Students

A good one and a half/two years ago, students demonstrated under the title #exitracismudk and drew attention to racism at the UdK. At the same time, in a broad coalition, the students formulated a number of demands on the UdK. As the title of the event (based on the rap song by Saul Williams “List of Demands (Reparations)“) suggests, the panel will focus on the open letter that the UdK students formulated as part of the #exitracismUdK protests. Some of the demands made in this open letter read like recommendations from a professional, intersectional diversity consultancy.

Guest Lecture: “Juarez’s maquilas, catrinas and the female body. From ‘feminicidios’ at the border to #NiUnaMas and #NiUnaMenos”

Feminicides (feminicidios) became a word linked to female bodies – many of them from maquiladoras or textile workers – appearing tortured, murdered and often sexually abused in Ciudad Juarez, at the US-Mexico border in the early 1990s – the same place where activist Susana Chavez, whose poetry gave name to the now global movements Ni Una Mas and Ni Una Menos, was born and murdered. Victims’ families and allies began to denounce these acts of violence by marking them publicly and placing the names of their dead on pink crosses and phone boxes. Such visual and performative practices denouncing violence against women more broadly have become more and more mediated blurring the lines between artistic and activist intervention.

The General Equal Treatment Act (AGG) is the uniform central body of regulations in Germany for the implementation of four European anti-discrimination directives. For the first time, a law was created in Germany that comprehensively regulates protection against discrimination.

Imagination of a gender system that consists of only two categories, male and female. Assignment beyond which is only allowed, if at all, only as a deviation from the norm – hides the following: gender, sex, desire, performance.

Differences in values, attitudes, cultural perspective, beliefs, ethnic backgrounds, sexual orientation, gender identity, abilities, knowledge and life experiences of each individual in each group of people should be considered and overcome within the university.

The concept according to Birgit Rommelspacher assumes that there is a system of hierarchies, rule and power in which the various racist, sexist and other forms of government intertwine. In this interconnectedness, a dominant group has the power, which is socially negotiated again and again.

the personal idea of one‘s own gender and one‘s own gender role. Within society, gender is the concept according to which we classify various ideas such as social status, gender presentation, role in society, life planning and sexuality into the gender categories.

Discrimination based on the organisational actions of institutions. Institutional discrimination is not present in society as a whole.

Inter * are persons born with physical characteristics that are medically considered to be „sexually ambiguous“. The generic term Inter * has evolved from the community, and refers to the diversity of intersex realities and physicalities as an emancipatory and identitarian umbrella term.

Culturally argued racism is directed against people who, regardless of whether they actually practice one culture or religion (e.g. Islam, Judaism) and how religious they are. (e.g. anti-Muslim racism (AMR) and anti-Semitism)

Describes a displacement of minorities to the social fringe. As a rule, marginalised groups do not correspond to the norm-oriented majority of society and are severely restricted in their ability to act.

Describes the basic assumption that thinking and brain structures function individually. A medical norm and the disease mongering of everything supposedly divergent is called into question.

Discrimination based on ones ethnic roots.

The conceptual distinction between gender as a biological fact (sex) on the one hand and as a product of cultural and social processes (gender) .

Any form of discrimination against people on the basis of their (attributed or supposed) sex and the ideology underlying these phenomena.

A person‘s sexual orientation describes which sex a person feels emotionally, physically and/or sexually attracted to.

System of socio-cultural values and norms into which one is born (environments and classes), e.g. Educational biography, social inclusion. Values are constructed.

System of socio-cultural values and norms into which one is born (milieus and classes). e.g. Educational status and social inclusion. Values are constructed.

Discrimination of social subgroups based on the nature of the structure of society as a whole.

„Trans“ is a Latin prefix, meaning beyond and refers to people who do not identify with the gender assigned to them at birth. The self-designation is not an identity feature that automatically indicates whether this person identifies with a different gender, gender or multiple genders. Thus, there are several trans identities.

This term is not a self-designation, but a description of a reality of people who do not experience racism. white is written in small italics and reveals privileges, which are often not named as such. So the term is not about skin shades, but about the visualisation of different access to social resources.

Negative assessment of body and mind due to abilities and skills. An evaluation pattern based on a supposed biological (physical and / or mental) norm.

Discrimination e.g. in everyday life and law based on unequal power relationships between adults, children, adolescents and young people.

Skills and abilities are questioned and rated due to ones age.

Cis or cis-gender refers to people who identify with the gender assigned to them at birth. If this were not named, trans * would always be marked as the deviation of a given norm.

This term focuses on how people observe, (re-)produce and make gender relevant in everyday life.

Is a self-designation to unite people affected by racism and to fight together against power relations such as racism.

In English, ‚queer‘ was used as an insult for a long time. In the meantime, however, the term is usually used positively as a self-designation and describes the breaking out of the two-gender order as well as heteronormative concepts of life.

Reciprocal interactions as a multi-dimensional approach between the university and the non-university environment, which also includes the cultural, social and political dimensions on an equal footing.

A superficial gesture to include minority members. It is intended to create an appearance of inclusion and to divert allegations of discrimination by requiring a person to be representative of a minority.